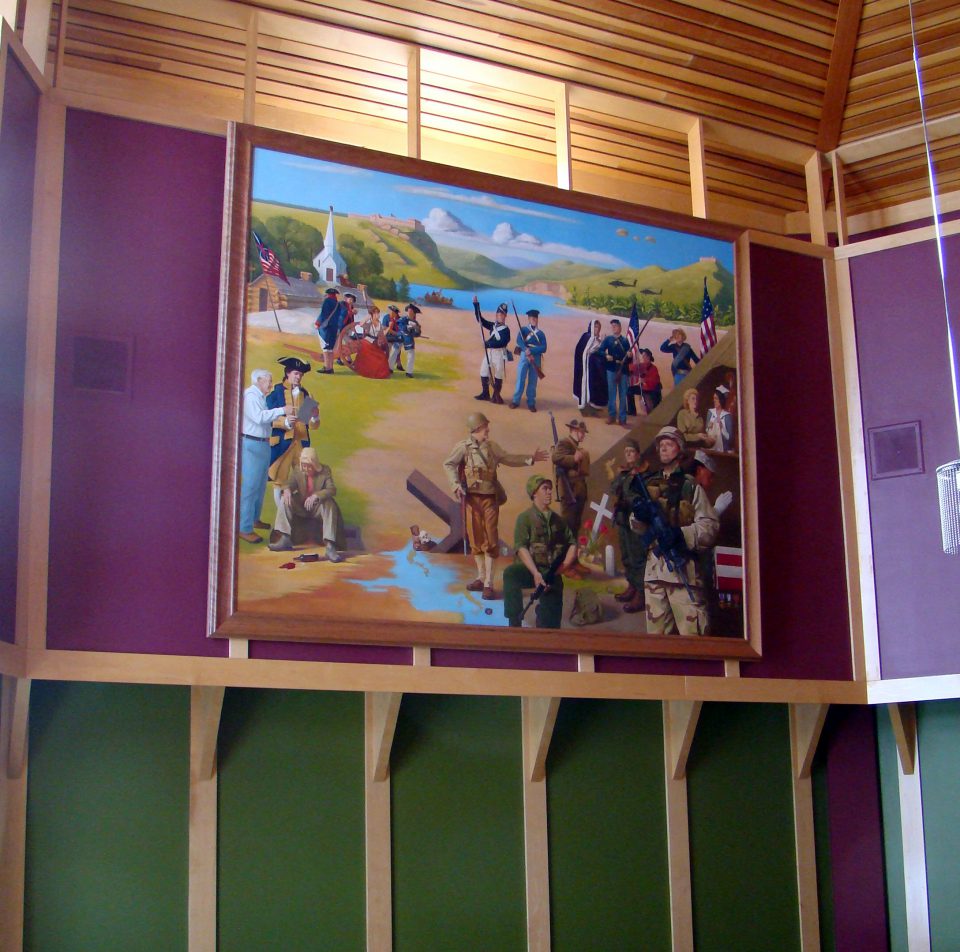 Navy Captain Jon Ivar Kjellin has been posing in the studio for his drawing, which is presented as part of the gift exchange at the closing banquet. While at the studio, B.G Lowell Kruse stopped by, and Kjellin shared another of his talents by playing some music on his trumpet. 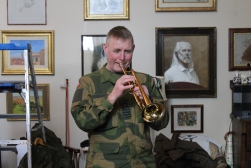 Live music in the studio

We look forward to welcoming this year’s U.S. Norwegian Home Guard Exchange (NOREX) which will take place February 15 -17, 2019 at Camp Ripley.  For the past five years, as part of the Exchange, artist Charles Kapsner has had the distinct honor of hosting the senior officer from the Norwegian Home Guard at his studio. As has become tradition, the senior officer sits for an official drawing. Kapsner will create a portrait drawing of this year’s lead officer, Navy Captain Jon Ivar Kjellin. ​

Below are images from the 2018 visit by Lieutenant Colonel Børge Gamst, including his visit to the studio, during his portrait session and the presentation of his portrait at the farewell dinner.

Lt. Col. Gamsk at the studio